Not all great Greek and Roman ruins and architecture can be seen in Greece and Rome – they are in Turkey too!

The Ephesus is one of the most incredible sets of ruins in the world and they are not “just a pile of rocks” they are valued rocks. Recently added to UNESCO’s World Heritage List in July 2015, the ancient city of Ephesus is well preserved that survived numerous attacks, and was ruled by different conquerors. Until now, this remains an important archeological site and Christian pilgrimage destination.

Over the years I always wanted to travel to the Mediterranean – and Turkey comes first on my list. Saw and read a lot of amazing and beautiful places in Turkey and there’s no doubt I would love to see Turkey before the rest. But when you hear the Mediterranean some might think of the blue sparkling azure seas or travel cruises. But it’s much more than beaches and resort villas.

Oh, by the way, this blog is a long overdue post. Everything was pre-pandemic.

Ephesus is located near the western shores of modern-day Turkey, where the Aegean Sea meets the former estuary of the River Kaystros, about 80 kilometers south of Izmir, Turkey.

The city of Ephesus got history written on every wall. This is literarily a walk in the past! It’s a glimpse into the life and times of the Romans and Greeks. The Roman architecture and well-crafted structure are impressive and huge marble is everywhere. Little imagination is needed to see what the ancient city would have looked like.

Structurally, Ephesus has maintained the structure and the look of a real city, although some are still under excavation process. Except for the Temple of Artemis, one of the seven wonders of the ancient world now all that’s left are the foundations. Sitting on top of the amphitheater, I can imagine the beauty of this city in olden times. Seeing the ruins is a privilege and it is unthinkable not to visit Ephesus while you are in Turkey.

We arrived at the upper gate early before 8 in the morning and expect tourists all over the entrance gate. The gallery has two entrances (upper and lower gates) and it starts from the upper gates and ends at the lower gate.

The tour takes us around 4 hours (depends on the pace) and it’s all outdoors – the sun beats down on you with no shade or airconditioned rooms to escape. It’s blazing hot! Make sure to wear your hat, sunnies, and comfortable rubber shoes as the pathways are uneven and rocky – and of course water, water and water! One more thing, there aren’t any bathrooms in the archeological site so make sure to do your business at the entrance. Afternoon travel would be the best time to visit – less crowd and sunset photos of the ruins.

1. The Library of Celsus

The Library is one of the most pictured structures in the complex! Like crowds of people walking every second taking groupies/selfies and group tour lectures in this area. Yes, having a tour guide is needed to maximize your experience.

Constructed in honor of Roman Senator Tiberius Julius Celsus Polemaeanus, the Library of Celsus is one of the monuments from the Roman imperial period. The design and facade of the library are built proportionally and structured with bricks, concrete, and mortared rubble. So grand that standing there looking at it makes you imagine and wonder what could have been like before it was destroyed.

Statue of Sophia – Goddes of Wisdom

2. The Great Theatre of Ephesus

The Odeon was both used as a theatre and as a Senate House or Bouleterion. It is the place where the cities’ advisory council or Boule gathered with a capacity of 1,500 people.

The theater is one of the best parts to see. You can actually go inside and climb the actual theater which is so amazing once you reach the top part. The views are perfectly amazing!

Thanks to Google, just found out that this was used as concert tours before. Rockstars Elton John and Sting once performed here on this stage during the ’80s.

The Temple of Hadrian is located on Curetes Street (between the Hercules Gate and The Celsus Library) dedicated to Emperor Hadrian of Athens.

This is a small theater with a capacity of 1500 spectators. This would have served as a concert hall or theater performance and political meetings by the Romans.

5. The Gate of Mazeus and Mithridates

This gate is located next to the Celsus Library and opens to Agora. It was built by the slaves Mazeus and Mithridates 2000 years ago for Roman Emperor Augustus. Mazues and Mithridates were both architects. Then they became slaves of the imperial family of Augustus.

6. Nike, The Goddess of Victory

Probably one of the most photographed sculptures in Ephesus.

As you can see, she has wings and appears to be flying. She is wearing a multi-folded flowing dress with a “swoosh”. Some say the inspiration of the logo of Nike, the sportswear company, may have come from the folds of the dress.

The Memmius Monument is situated just beyond Curetes Street on the north side of Domitian Square. It was constructed during the reign of Augustus in the 1st century A.D by Memmius, the grandson of dictator Sulla. One can see the figures of his father and grandfather on the blocks today.

The Roman Basilica is 160 meters long, and located on the northern part of the state agora, and has a nave and three aisles. The basilica was used for stock exchange and commercial business.

The Prytaneion was one of the most important public buildings in ancient Ephesus. Dedicated to the goddess of Holy Fire, Greek Goddes Hestia where it contained the sacred flame of the city that was never allowed to go out. The eternal flame represents the continuous existence of the city. The Prytaneion was also the place where two important statues of the Ephesian Artemis were found.

The Scholastica Baths are built for hygiene and a place to socialize. The structure includes a dressing room (apodyterium) with ten cabins, then a cold room (frigidarium), and then the warm room (tepidarium) to relax, and finally the hot room (caldarium). The second floor was used for massage and scrub as a therapy.

Latrines were open-air public toilets for ventilation. It was designed for communal use without a divider or wall between users.

What are your favorite ancient ruins/sites you’ve visited? What do you miss most about pre-pandemic traveling? Would love to hear from you.

That’s all for now and thanks for visiting! 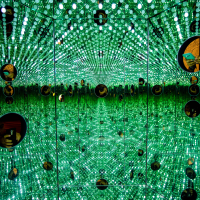